Coherent light and sound have become essential tools in modern medicine. Lasers are routinely used for both therapeutic and diagnostic applications, and real‐time ultrasound scanning has become the dominant biomedical imaging modality in the world. Starting over thirty years ago, scientists and engineers have combined these modalities for applications ranging from non‐contact sensing to novel molecular imaging techniques. In this talk, I will explore the history of integrated photonic‐ultrasonic systems, focusing on examples where light generates sound, light detects sound, and sound "tickles" light. I will also present specific applications of integrated photonic‐ultrasonic techniques, including photoacoustics for molecular imaging, non‐contact laser, ultrasound systems for medical and non‐medical applications, and optical coherence elastography (OCE) in which air‐coupled ultrasound stimulates propagating shear waves in the eye and skin tracked with real‐time, 3D optical coherence tomography (OCT). The talk will conclude by discussing current barriers to clinical translation of these systems and possible ways to overcome the obstacles. 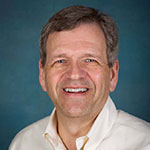 Following undergraduate, graduate, and post-doctoral training at Notre Dame and Washington University in St. Louis, Dr. O'Donnell joined General Electric Corporate Research and Development Center in Schenectady, NY in 1980, where he worked on medical electronics, including MRI and ultrasound imaging systems. In 1990, he moved to University of Michigan in Ann Arbor, MI where he held appointments in Electrical Engineering & Computer Science and in Biomedical Engineering. In 1998, he was named the Jerry W. and Carol L. Levin Professor of Engineering. From 1999-2006 he also served as Chair of the Biomedical Engineering Department. In 2006 he moved to the University of Washington in Seattle, WA where he was the Frank and Julie Jungers Dean of Engineering from 2006-2012. He is now Frank and Julie Jungers Dean Emeritus and a Professor of Bioengineering at the University of Washington. His most recent research has explored new imaging modalities, including elasticity imaging, in vivo microscopy, optoacoustic devices, photoacoustic contrast agents for molecular imaging and therapy, laser ultrasound systems, and catheter-based devices. He has won numerous awards, including the Distinguished Alumni Award from the University of Notre Dame, the Achievement and Rayleigh Awards from the IEEE-UFFC Society, the William J. Morlock

Award for Excellence in Biomedical Technology from the IEEE-EMBS Society, and the IEEE Biomedical Engineering Award. He is a fellow of the IEEE and AIMBE and is an elected member of the Washington State Academy of Sciences and the National Academy of Engineering.