Previous issues that have been considered in the development of an artificial pancreas include the absorption kinetics of subcutaneous insulin delivery, dynamics of carbohydrate metabolism (in terms of plasma, hepatic, and pancreatic concentrations of glucose, insulin, and glucagon), and the interactions between plasma and subcutaneous glucose concentrations. Further, while a functional beta cell can directly determine real-time plasma insulin concentration via physiologic insulin receptors on the cell surface, in an artificial system, a model prediction of the plasma insulin concentration must be used. The reliability of this control algorithm is of central importance to any artificial system. The external physiological insulin delivery (ePID) system combines an external pump and sensor with a variable insulin infusion rate algorithm.

In a recent study at City of Hope, we attempted to improve the PID algorithm by incorporating the concept of “insulin feedback” (IFB) gain. In short, the physiologic beta cell is thought to reduce insulin secretion in proportion to the prevailing plasma insulin concentration; although the significance of this feedback mechanism to the beta cell remains unclear, the effect of such a feedback term in a closed-loop system is to compensate for a long, or undesirable, time constant in the control response. Thus, our approach has been to model the artificial control algorithm after the dynamic behavior of the beta cell. 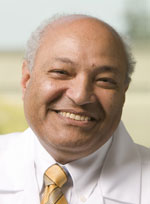 Fouad Kandeel, M.D., Ph.D., is Professor and Chair of the Department of Translational Research & Cellular Therapeutics and the Department of Clinical Diabetes, Endocrinology, & Metabolism at the City of Hope Diabetes & Metabolism Research Institute in Duarte, CA. In a highly productive career that has spanned the better part of four decades, Dr. Kandeel has dedicated his himself to the study of islet biology and the refinement and advancement of cell-based therapies such as islet cell transplantation for the amelioration of type 1 diabetes mellitus (T1D) and the prevention of its complications. Current translational and multidisciplinary collaborations aimed at improving islet cell transplantation outcomes include: the development of in silico insulin modeling software to predict patient responses to therapy and optimize outcomes, methods of detecting early-beta cell death to provide earlier therapeutic interventions, non-invasive islet imaging technology, the in vivo expansion of islet grafts using growth factor treatment and/or stem cells, improved islet quality assessment measures through gene profiling and epigenetics, immune tolerance induction strategies using regulatory T cells and mixed chimerism, co-transplantation of islets with mesenchymal stem cells, the development of alternative transplantation sites and islet encapsulation strategies, and prolonging graft survival by engineering automated, portable closed-loop systems (i.e., an "artificial pancreas") to assist in regulating blood glucose. Dr. Kandeel is also working to implement a global diabetes health initiative for type 2 diabetes to streamline care delivery and optimize patient outcomes on a mass population scale.