Technology transfer from defense applications has the potential to greatly improve medical diagnoses and advance healthcare. With the availability of large patient data bases and much greater computer power, feature extraction programs can provide guidance (and predictive tools) to doctors diagnosing serious illnesses. Many such programs are now in use or under development. In this presentation we will outline the development of a caries (tooth decay) detection tool developed for the dental industry reviewing: (1) what medical problem needed solving, (2) technical approach and engineering algorithm development and validation, (3) product claims and labeling, (4) obtaining FDA approval at the PMA level, (5) tracking user experience, and (6) updating the product per user feedback. The product name is Logicon Caries Detector which was originally developed in the mid-1990s at an aerospace company called Logicon and is sold today worldwide by a company called Carestream Dental (formerly a division of Eastman Kodak). It was one of the first successful products developed from technology transfer from the aerospace industry. 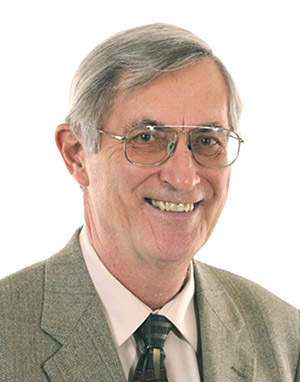 Dr. David Gakenheimer has a BES from Johns Hopkins (1965) and a PhD from Caltech (1969) in Applied Mechanics. He then went to work for the RAND Corporation, followed by R&D Associates (a spin-off from RAND), Logicon Inc (who bought R&D Associates) and Northrop Grumman (who bought Logicon). At these companies, Dr. Gakenheimer worked on a wide range of national defense projects including distinguishing underground nuclear tests from earthquakes by analyzing elastic wave propagation, rain erosion of ballistic missile payloads, vulnerability of ballistic missiles to high power lasers, and impact of and response to terrorist acts with weapons of mass destruction. After the Cold War ended, Dr. Gakenheimer led a group of scientists at Logicon/Northrop Grumman who did non-defense work in the areas of neural networks and automated image analysis for DARPA and invented Logicon Caries Detector. In 2006 Dr. Gakenheimer left Northrop Grumman, obtained all rights to Logicon Caries Detector, and started his own company (GA Industries) to further develop the caries detection software. Dr. Gakenheimer sold the product to Carestream Dental and retired from Carestream in 2016. Today Dr. Gakenheimer continues consulting in the area of engineering technology transfer to medical device development.